We Achieve Our Full Potential

of Travis County residents were UNEMPLOYED 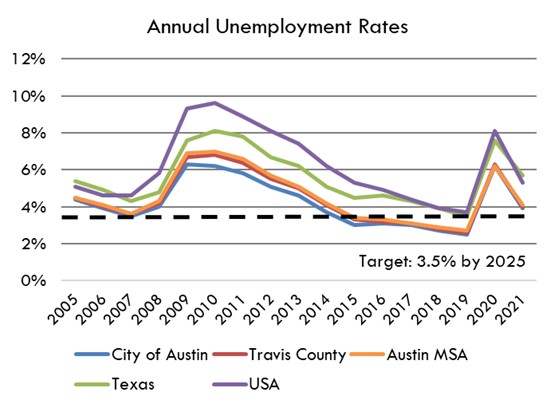 WHERE DO WE STAND? 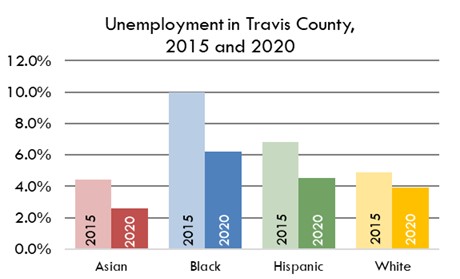 A FOCUS ON EQUITY 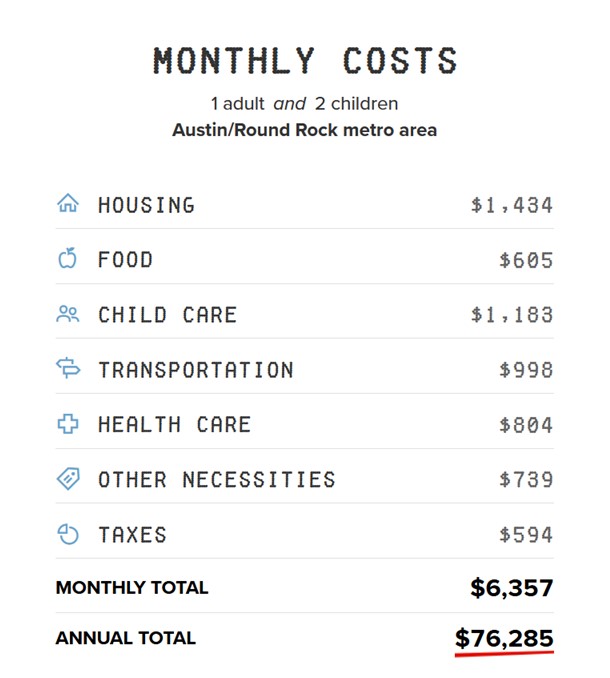 WHAT IT TAKES TO GET AHEAD

Despite low unemployment, many of the jobs locally available are at the lower end of the income spectrum. According to the Economic Policy Institute (EPI), $76,285 is required to make ends meet for a family with one adult and two children in the Austin MSA. An analysis of data provided by Austin Community College estimates that 82% of all jobs created between 2010 and 2020 paid less than that amount. 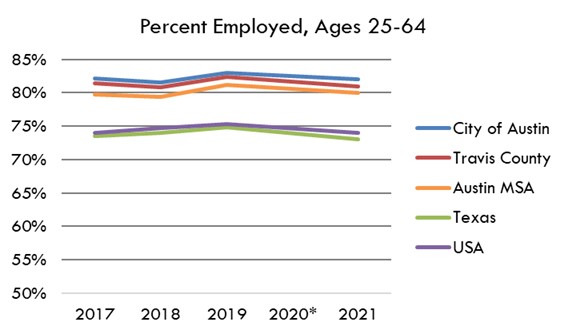 Since the unemployment rate only measures individuals who are actively seeking employment, it fails to account for individuals who have become discouraged by poor job prospects and stopped searching for work, as well as anyone who chooses not to work for pay, such as retirees or family caregivers. The percent employed measures the percent of individuals, within a given category, who are employed. The labor participation rates in Austin, Travis County, and the Austin MSA have remained relatively stable over the past 5 years, and are higher than the state and the USA.

* The US Census Bureau did not release 2020 ACS 1-Year Data. Without the population data from the ACS, labor participation rates were not possible to calculate for 2020. 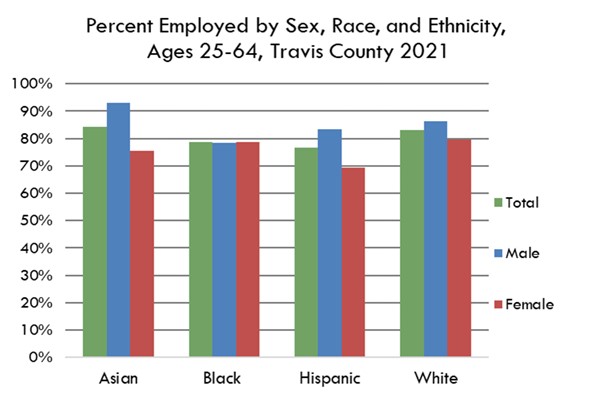 This graph compares employment participation rates by race and ethnicity, with an additional break-down by gender.  In all the racial or ethnic groups, males participated in the workforce at equal or higher rates than females. Travis County residents who identify as Asian showed the greatest disparity by sex. An estimated 93% of Asian males between the ages of 25 and 64 were employed in 2021, while 75% of Asian females were employed. 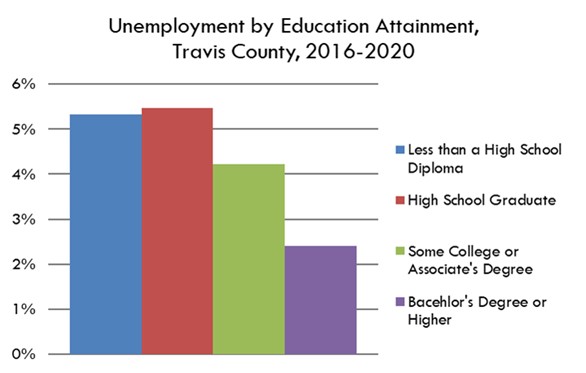 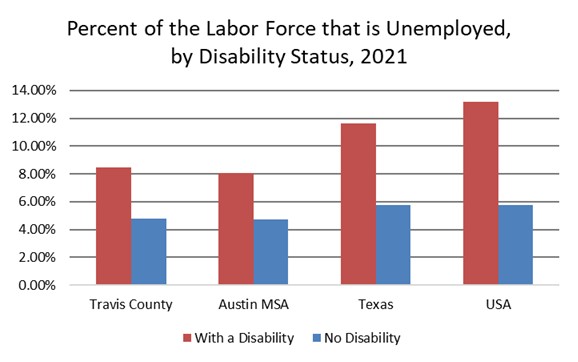 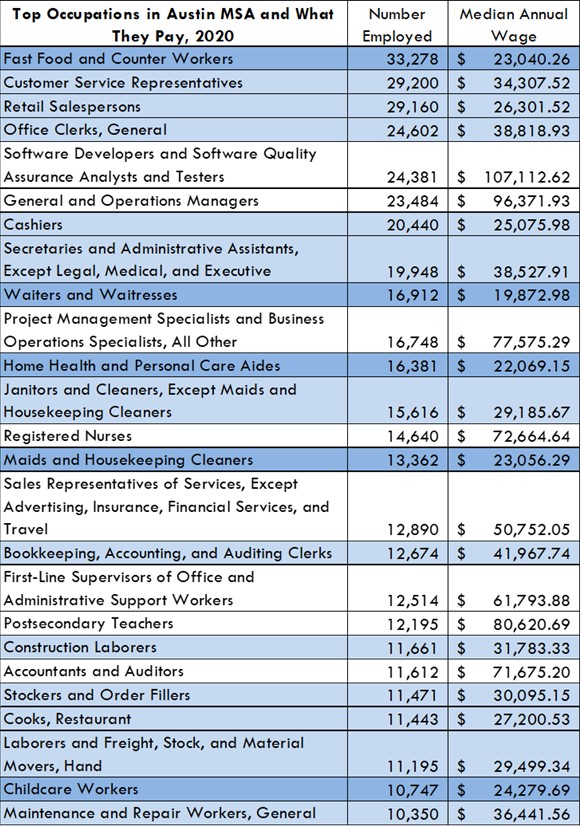 This table shows the median annual wages for the twenty-five occupations with the largest number of employees in the 5-county Austin Metro Area in 2020. 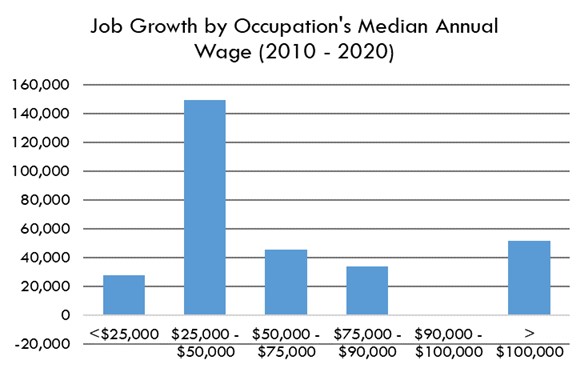 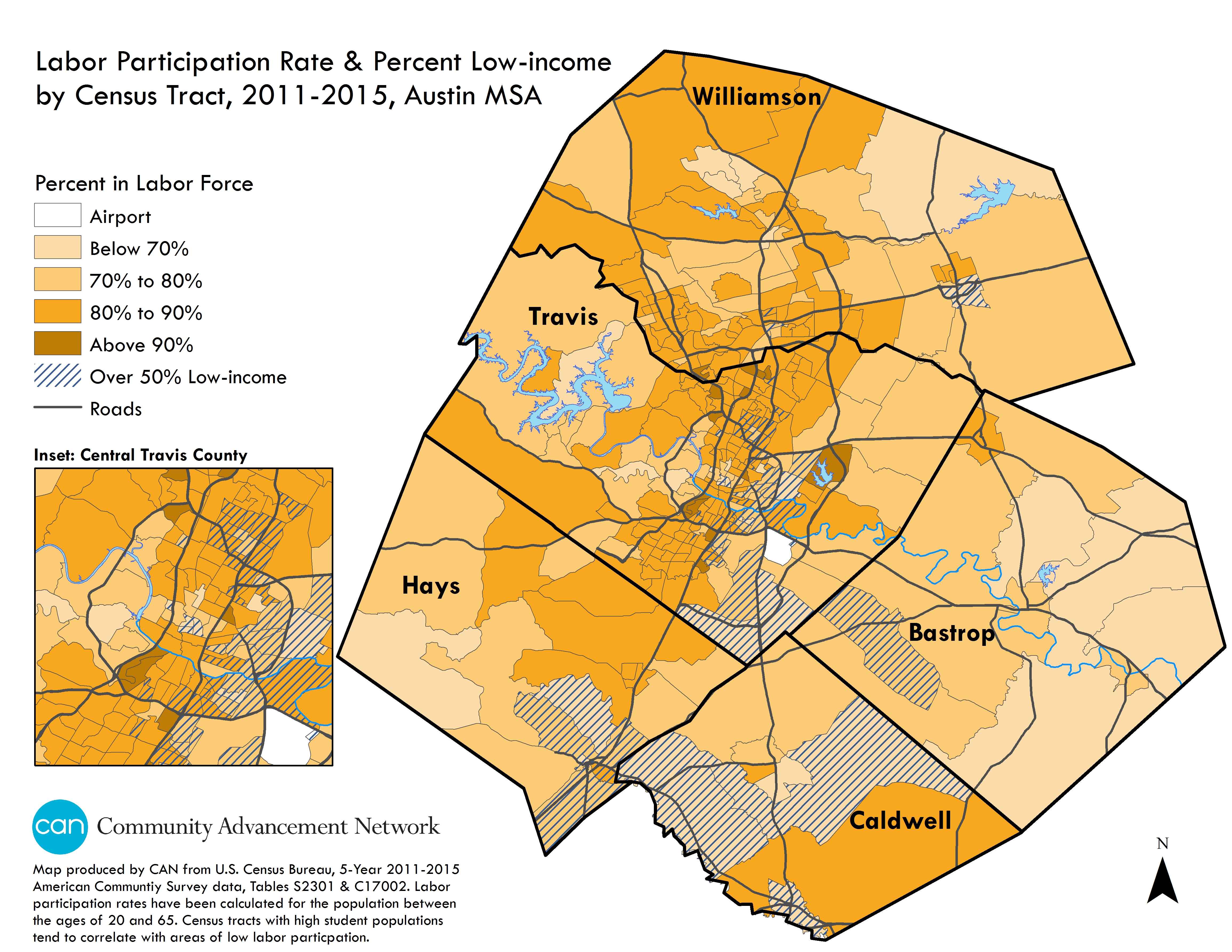 Census tracts with hash marks are those where more than half of all residents are low-income. Some areas in the northern, southern, and eastern parts of the City of Austin have high labor participation rates, but also a high proportion of low-income residents. This suggests that, though working, many are earning low wages.

SOME LOCAL EFFORTS TO IMPROVE THIS INDICATOR